WHAT IF WE COULD TAKE A SELFIE OF OUR BRAIN? 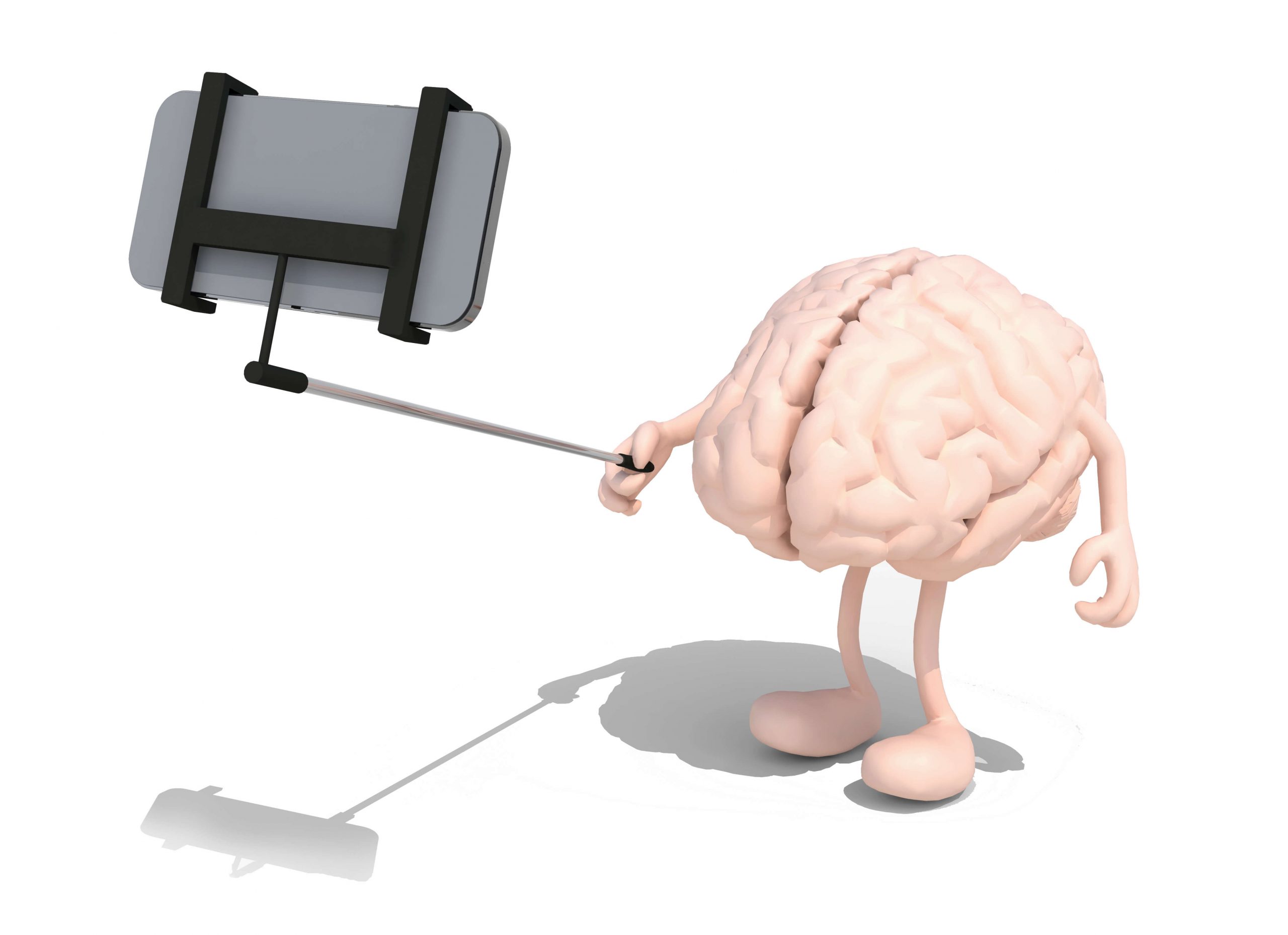 I must confess that, coming very late to social media, the whole selfie thing still leaves me scratching my head. And that’s just for the run-of-the-mill, “look everyone, here’s me having a really fun time!” selfie.

Our urban dictionary has now been joined by newer genres of selfies: we have the “brelfie” – photos of mums engaged in breastfeeding – and, Heaven help us, the “belfie” (is there a sorrier sign of our times than someone carving a “hot” name for themselves by showcasing pictures of their backside on the internet?).

Having worked in PR for 22 years before I turned to health coaching, I’m all too well acquainted with the media’s ubiquitous exploitation of “get the look”. Day after day, we’re conditioned to hanker after this or that celebrity’s abs, eyebrows, thigh gap, side-boobs – you name it, there doesn’t seem to be a single part of the anatomy that we’re not urged to obsess over and improve upon.

Think about it for a second: when did you last see an article on a celebrity’s brain and how you could match it? The reason, of course, is obvious: you can’t see the brain. Unlike one of the aliens from Star Trek, our grey matter is neatly tucked away. Nothing on show to flaunt for others to admire, envy and copy.

And yet this is the one bit of ourselves that dictates everything about us. Every last thing we say, think or do. Our relationships, our moods, our success at work or anywhere else. If our brain suffers, so does every single aspect of our lives.

We expend untold energy in our quest for “hotness” and a largely unrealistic model of physical perfection, as laid down by the media. Meanwhile, our brain – the command centre of our entire being and the hungriest organ in the body – is left languishing and ignored.

Size matters in beauty. We’re mandated to have certain bits of us small and other bits of us big. Isn’t it exquisitely ironic that the single organ in the body whose size really does matter is the brain? And while we continue to be fed the disastrous myth that low-fat foods will make us slim and safeguard our health, the brain – comprised of 60% fat and dependent on good fats to function properly – is routinely starved. Not only that: our ever-accelerating addiction to sugar has now been shown to be a key cause of cognitive decline.

As Alzheimer’s and dementia reach pandemic proportions in the Western World, we’re confronting something the human race has never experienced in its entire history: one in two people over the age of 85 will suffer some form of dementia and the horror that this brings with it – for the victims and their loved ones.

Research has shown that Alzheimer’s – now the seventh leading cause of death – begins its grim assault several decades before symptoms appear. So, while we may covet someone’s exterior appearance, once we got a look under the skull, might we shrink from the sight of a shrunken, pitted organ? One that had been decimated by bad food choices, too much booze and too little sleep. One that was well on its way to cognitive decline.

I wonder how the world would be different if, instead of boobs and bums, our Facebook feeds were awash with “brailfies” – selfies of our brain. I wonder who we would envy if we could see their brains: who would be featured, promoted, touted as having a smooth, plump, healthy-looking organ that we all race to emulate.

Our brain is our everything. The choices we make now in how we live, eat, move, sleep and think can not only protect it but allow this extraordinarily plastic organ to grow new neural pathways till the day we die.

Those same choices can also lead to the total decay of the brain – and the rest of us along with it. And there’s nothing “hot” about that.