THE LURE OF THE LABEL 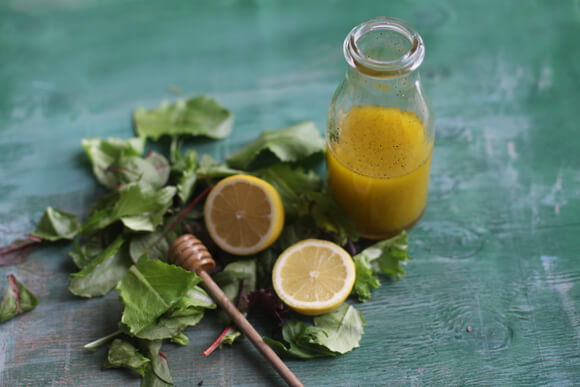 Yesterday, I gave my husband a hand preparing a hearty salad to take to the office. I was about to make a quick dressing when he said: “Oh, don’t worry, I’ve already bought one,” and jubilantly whipped out a bottle of Mary Berry’s salad dressing, adding: “Look! It’s by Mary Berry!

Let me stress at this point that I’m as fond of Mary Berry as the next person. Really, I think she’s nothing short of a national treasure. But, leaving aside for one moment the beaming picture of her on the heritage-style label, let’s have a look at what’s actually in this dressing.

In fact, before we do that, let’s take a moment to ask why such a thing as pre-packaged salad dressing even exists in the first place. Here’s why: the food industry has led the public to believe that they are too inept/lazy/feeble-minded/time-poor to take a bit of oil and mix it with a splash of vinegar. We can instead invest in a product like this one, which costs £3.95 for a 440g bottle.

That might seem a high price-point for salad dressing. However, in our celeb-obsessed culture, sticking a name off the telly on the label means that sensible prices don’t apply.

So, what is your £3.95 buying you apart from the fuzzy warm glow of having a bit of Mary Berry’s magic in your kitchen? Well, the 440g bottle contains approximately seven teaspoons of sugar, which has a starring role on the ingredients label, rocking in at ingredient number two.

Now, would you actually consider throwing some sugar in a homemade salad dressing? Me neither. Sugar, let’s remind ourselves, is the food that has been shown to be responsible for the explosion in obesity and Type 2 diabetes, not to mention a host of other chronic diseases.

In fairness to this product, it doesn’t include any nasties like flavour enhancers or other additives that feature in a lot of shop-bought dressings. However, like many of them, it’s made with sunflower oil. This is a cheap, highly refined product and, again, wouldn’t be most people’s first choice if they were making a homemade salad dressing. Health-wise, highly processed oils promote inflammation, which has been found to be the cause of practically every major disease you can think of.

If you’ve gone to the trouble of assembling a healthy salad, why would you want to douse it in a cocktail of cheap oil and sugar?

If you’ve always bought into the myth that making a salad dressing was something not to be attempted at home, now’s the time to think again. There’s no mystery to a homemade dressing and, trust me, it’ll be much nicer than one that’s mass-produced and has been sat on a supermarket shelf for months on end.

This is what I generally use on salad at home – and if my nine-year-old daughter can make it, you can too!

That’s all it takes. If you like, you could ring the changes by adding some black pepper and a bit of Dijon mustard.

So what’s your salad dressed up in? Shop bought or homemade?

Oh, and if anyone would like an unopened bottle of Mary Berry’s salad dressing, I’ve got one up for grabs ..!