What being caught speeding taught me 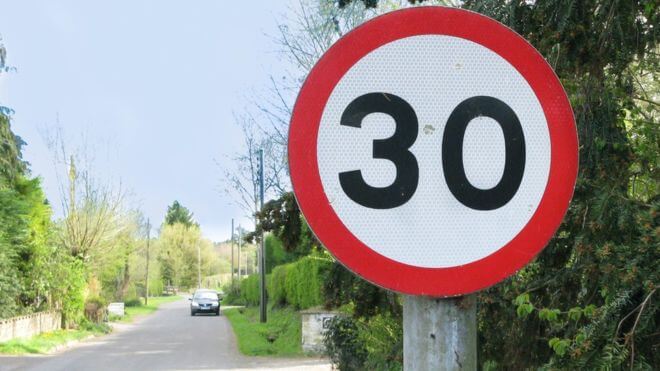 Last week, I attended a speed awareness course. For the third time. I was caught doing 37mph on a big, open road near me which feels like it should be 40mph but is actually 30mph.

Now, probably much like you, I like to think that I’m generally a pretty careful, considerate driver and a rule-abiding person by nature. As I sat down with my fellow speed awareness participants, we all nodded in agreement that we are not people who really speed. And yet we had all been caught on camera speeding. The presenters began by asking us what we hoped to get out of the course. The cocky young bloke next to me smirked and said he just wanted to learn how to not get caught speeding.

When I attended one of these courses in the past, I came away chastened and fully determined to keep to the speed limit. But then, after a couple of days back in the rush-rush to get to my next destination, the feeling drifted a bit – and my speedometer followed suit.

This time was different. The presenters asked each table to consider, from different perspectives, what would happen if we knocked someone over and they were seriously injured or killed. My table was tasked with asking ourselves how it would affect our own families – not something I’d ever considered before. Why would I, or anyone else, stop to think about such a thing? But, as I talked through how my own kids would be affected by me, God forbid, killing someone in a road accident, I came face to face with the awful realisation of what that would look like. The horror, guilt, recriminations, whispers in the playground, the social media comments, the news reports – and on it goes.

The presenter explained to us that we have a distorted perception of our own speed – and the risk of the consequences of that speed. We generally don’t change our driving habits until we’ve actually knocked someone over – and how many of us have done that? The truth is that human beings only tend to consider change when the consequences of not changing are too painful. Like if you’ve got nine points on your license and you need to drive to make a living.

You see, we’re hard-wired to put more stock in our immediate needs. We’re biased to prioritise the here and now (getting the kids to school on time, making it to our next appointment etc) rather than future ramifications of our actions.

He made us realise that the reasons we gave for speeding (trying to make the traffic lights, someone being aggressive behind us, late for work, feeling stressed etc) were nothing more than excuses. If I was speeding that day, it was because I chose to put my foot on the accelerator. Nobody forced me. I alone have responsibility for how I drive. If I was late for wherever I was going to, it was because I left the house too late.

Now, you may have read about some new research which shows that smokers have a distorted view of their risk of disease. Dr Patrice Rusconi, who conducted the research, explained: “The adverse consequences of smoking are well documented, but what we have found is that smokers perceive such hazards to be further in the future compared to those who don’t smoke. This distorted perception is incredibly dangerous for those who do smoke, and may lead people to delay quitting smoking or screening for smoking-related conditions, increasing their risk of developing a serious illness.”

I realised last week that I had been guilty of something similar: I’d seen the statistics about breaking distances and impact at different speeds but, on some subconscious level, had selectively shelved them. You see, our brains tell us that the chances of any consequences are so very small that we don’t need to worry about them. So we ignore repeated warning signs: whether it’s on the back of a cigarette packet, on the road, or a sign our own body is giving us. We don’t jump into our cars mindful and vigilant that we are firing up a lethal weapon. We zoom off, radio blaring, attention elsewhere. We look – but we seldom see.

I’ve been driving for over 28 years and probably not keeping too assiduously to the speed limit for most of that time. It’s what most of us of have done for decades – and we’ve got away with it.

Here’s the crux of the matter:

We never believe it will happen to us.

A car crash happens in an instant. Chronic disease is altogether different. It creeps up stealthily over years and decades; it wraps itself insidiously around our organs without us having the faintest idea. And we, in our blissful ignorance, continue to feed its grim progression with the myriad food and drink choices we make day in day out, accompanied by a flippant shrug of our shoulders or a sheepish grin. “I know it’s not so good for me… but I do love my daily packet of chocolate biscuits/frapuccino/bottle of wine/bag of sweets/fizzy drinks/family pack of crisps.”

Devastation, not by a split second collision, but ever so slowly: bite by bite, sip by sip, cigarette by cigarette, day after day after day.

So, here’s a question for you to mull over: what would have to happen for you to take responsibility for your own health – and for your health in 20 years’ time? A diagnosis of a chronic disease? A heart attack maybe?

Be honest with yourself: what would it take?

As for me, it’s been a week now since my course and I’ve managed to keep religiously to the speed limit. It’s taken a lot of mindful effort – particularly when most other cars on the road pay such scant attention to speed limits. I know I have a long way and many weeks to go before my brain rewires and this becomes an ingrained habit. I know and understand that, in a collision, those extra few miles per hour would mark the difference between life and death for anyone I hit. And I finally, fully accept that being vigilant about my driving speed – much like looking after my health – is nobody’s responsibility but my own.